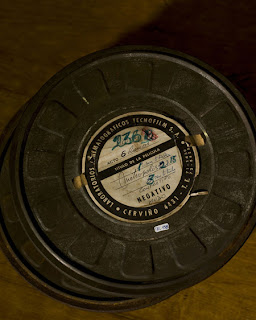 In June 2008 Film Archeology was in the cover on several newspapers all over the world; Metropolis missing scenes, lost for over eight decades, had reappeared.
Metropolis Refound tracks down the detour of this print containing the complete version of the film, its exceptional arrival in Argentina in 1927, how it survived and was discovered in 2008 at Buenos Aires Film Museum.
Metropolis is a legendary film, not only for its wonderful imagery and the revolutionary technique applied in its making, but also for the several mutilations –or adaptations- that the film suffered since it was first screened in 1927, creating an appetite for recovering Fritz Lang’s original concept.
Metropolis Refound shows another chapter, perhaps the last, through different characters and key moments, in the search of the complete version of Metropolis. From the people that made the finding possible to the testimonies of Film Historian Enno Patalas, a key character in this story and other professionals that depict all the aspects involved in silent film restoration, this documentary film goes through Fritz Lang’s master piece detour along 80 years.
Metropolis Refound was first shown on February 13th in Retrospektiv at 60th Berlin Film Festival in the context of the screening of the last restoration of Metropolis as a result of the finding in Buenos Aires. It is being shown at German Cinematheque in Berlin as part of “The Complete Metropolis”, an exhibition about this gigantic film production. Metropolis Refound has been selected in 12th Buenos Aires Independent Film Festival (BAFICI) and has been invited to take part in several film related events in Argentina and abroad. In June 2010 Metropolis Refound will be shown in Il Cinema Ritrovato Film Festival in Bologna, Italy. The latest restoration of Fritz Lang’s Metropolis will be projected in this gathering, dedicated to restored films.

You can watch Metropolis Refound trailer at: http://www.youtube.com/watch?v=foLeP2b3xyA&feature=email